Happy New Year’s Eve everyone! The new club banger by ART is sure to make lovers of dance music go wild as we bring in 2K18 with “Get Down With It!” Put on your dancing shoes and get ready to get down with it!

Stream/Download “Get Down With It!” 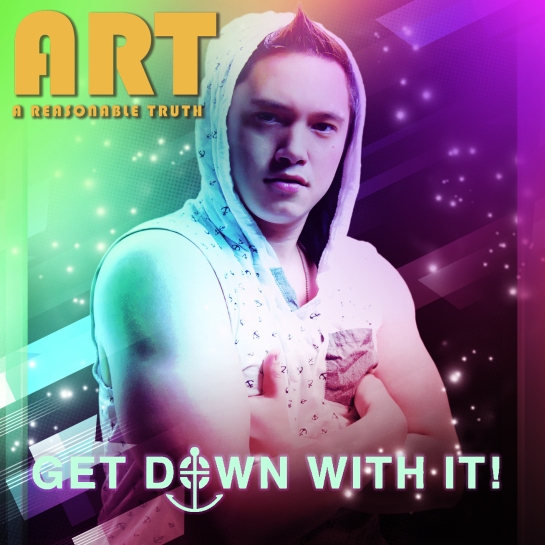 The instrumental beat is produced by Sonanze and has “Centerpiece” singer ART on the track laying some dirty vocals chanting:

“Get Down With It!” is a party anthem for those who like high energy dance tracks with smooth breakdowns and wild sounds that you can’t help but jump up and down to. I mean, at least my friends and I can’t stop listening. And we like “Centerpiece” but damn – this may be even better. It’s that good.

A Reasonable Truth AKA Anthony “Rory” Tran has worked with (and plans on working with more on the an already planned second album) musician Sonanze AKA Mikhail Sinenko on this EDM anthem who also created the music tracks to “Unfreeze (2012)” and “Shimmer Of Longing” amongst many others – unlike the recent release of “Centerpiece” who was made by beatmaker A-Rhyme also known as Aaron Byrd.

The new single came out not even a week after the “Centerpiece” single release. So now 2 songs have been revealed for ART’s upcoming debut album Centerpiece – and with a February 9, 2018 release date, we cannot wait to hear all the new songs and see the exciting ventures from this creative talent on My Real Life In L.A. Fingers-crossed that the “Gotta Be Free ft. ART” music video also drops in January too as planned.

Will you be bumping “Get Down With It!” all throughout the New Year? Share your comments below and be sure to follow our sites for exclusive updates.

One thought on “ART Premieres Club Song “Get Down With It!””