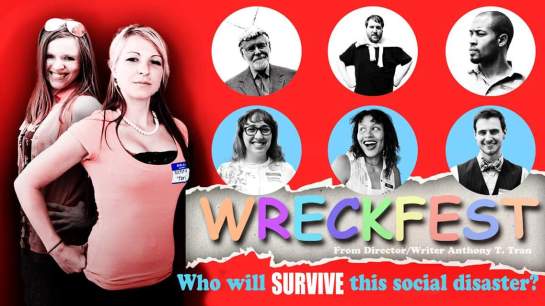 The smash comedy (literally) is making its way to reach bigger audiences as a movie on Amazon Prime in which you can buy or rent and stream with the app and this won’t be the last. Trippy Tran Films is planning to release up to 10 movies and have them available again, since they were taken down in 2015 to prepare for a DVD Collection that’s still in the works. See Movies.

Some may say it’s well overdue after removing such classic short films like His Name Is Walter, My Vacation In Cincinnati, Duality, and iNPersonNation. We love the F.A.K.E.S. (Fabulous Amateurs Keeping Entertainment Simple). From comedy, drama to thriller/horror and sci-fi, we have created several movies that we want to continue sharing with the world and since Indie Reign ended, we haven’t had a place to share our projects through a digital sales medium.

Expect all the original Trippy Tran Films movies to be on there, and eventually Obliquity: Imagery of the Unknown will be on there too.