Tired of just binge-watching? Want something different to try in our phone-y kind of era?

Requires mobile device with YouTube app or a computer web browser to access choices. Please click on title to take you to the app or browser.

The choose-your-own-adventure style video story game has made its way back to YouTube with the thrilling episode 2 of Twisted Fates from the Choices – An Interactive Story series and improves on the criticisms of the first episode by providing a more linear experience and making things a bit darker all while being a unique experience to choose and respond to situations. #ChoicesTF

JD is played by Mario Mendez in Twisted Fates – Episode 2.

The story continues after Kate (Tiffany Rios) is beaten by her alcoholic boyfriend Ian (Charlie Harris, QK-Hilltop, Denizen) and finds hope in his best friend JD (Mario Mendez) before moving in with him. Now a couple, Ian stalks them as his brother Blake Slater (Anthony Rory Tran) tries to help him realize his mistakes in the new webisode experience “Restraining Order”.

If you haven’t played the first episode, try it, but expect several dead ends until you make the right path. Spoiler alert: Optimism only leads to a Bonus choice which showcases behind the scenes and interviews and concludes with a base ending as the Pessimistic path leads you to a possible fight between JD and Ian before you get a Truth or Lie ending that takes you to the first set of credits. That’s when you know you completed it correctly and finished episode 1 the “right way”.

Episode 2 of Twisted Fates does not allow dead ends and the reason is because we want you to see all the possibilities and changes.

Episode 1 was written as a short film, almost Quentin Tarantino-esque where we see a man in jail who reflects on what led him there as his best friend drives him back home. During the drive, everything that happened before the arrest is showcased in small doses until the very end when they are driving again – showing that this is where they’ve been the whole time. So yes, it makes the story somewhat hard to follow since the script for episode 1 (written by Mario Mendez and Charlie Harris) came off a bit pretentious and details were not ironed out or developed.

As director, I came on before the shoot with the idea of a choose-your-path video series in May 2017 – making that episode entirely experimental. We wanted to add more depth to the characters after the February (2019) release this year with added scenes, but with scheduling conflicts and people on the team, including Escape West Films who gave up on the project after writing episodes 2 and 3 and then gave me the project, I took it into my own hands as director, producer and editor and even wrote in scenes for eps 2 and 3 before we filmed to achieve an even more unique and fun choice-based story game “sequel”. Twisted Fates episode 2 does just that and will take you on an unforgettable eerie ride. 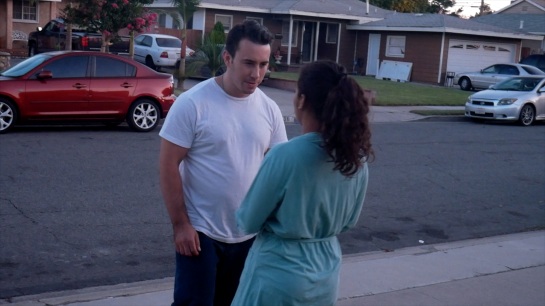 The first episode tackled domestic violence and now, this “stalker” episode puts the experience at a brand new level. There will be fights, chaotic moments like when Ian threatens JD while working on his car, and even a cliff hanger that will lead to the final third act episode that will tackle gun violence. Almost a year after the release of the first episode, we finally get to continue with a story game that has meaning more than your average programming thanks to our team at Trippy Tran Films including voice over work by Miss Brazil, Francesca Esker. Whichever choice you make will change scenes, dialogue, find a TV bonus and lead to various situations. 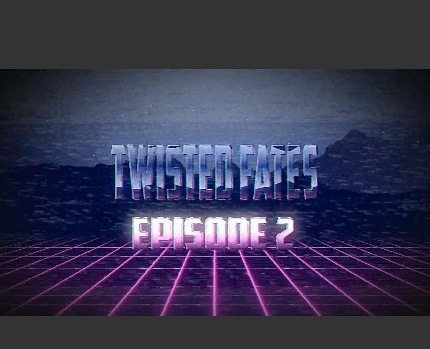 It seems that these story games are becoming more popular with the release of Bandersnatch last year and Ecko’s new series Scroll Wheel of Time which features Anthony Rory Tran in a retro scene as a background actor, and others like Swipe Night.

Tran says after these episodes conclude Twisted Fates, that they will be diving into a new series of Choices – An Interactive Story that he will write and make the episodes longer and more fulfilling. Twisted Fates is planned on being released as a complete short film with all 3 episodes together and will take out the choice aspect to be watched as a full commentary piece on issues not commonly put in widespread media. Make your choices now and comment which paths you’ve discovered and what you hope for a new choice-based video series. As always, please connect with us and all our projects for updates.

You are the director. You tell the story. One choice can make all the difference.