Erin meets something of iNPersonNation with new My Vacation In L.A. season 2, episode 5 “Hollywood Walk of Fame”.

Dreamers see beauty and excitement in the little things life has to offer and imagine more. Others see things from a realistic perspective and live their lives with each step as it goes. As both personalities are shown in contrast, the “Turn This Around” theme is complimentary in the new episode of season 2 of My Vacation In L. A. – and it’s shocking to see what happens next.

From the “Vacation In” docu mini-series, a new group of pals visit the west coast hosted by recent resident Anthony “Rory” Tran who takes us on another trip this season to Hollywood with a day at the Walk Of Fame.

Travel spots include treading on the Sunset strip, Hollywood Blvd, and even the infamous Union Station that many travel around Los Angeles by. Where will they go next?

In season 1, the pals check out the Hollywood Wax Museum including horror icon scares! (Watch below!)

Now if you’ve been watching the show since season 1, the adventure with Alicia was a bright and colorful experience from Venice Beach, Santa Monica Pier, Rainbow Harbor in Long Beach, Knott’s Berry Farm in OC and Hollywood celebrity home tours and the Hollywood Wax Museum. The documentation presented a “live” and even truer mix of Vlogging and documentary-style recording than mainstream television showing us more than flashy cuts and more about the content and convos while complimenting these unique adventures.

R.I.P. Christopher Corman. Read an article about our actor who passed at 31.

In season 2, we’ve so far seen LAX, The Loop and DTLB nightlife (which brought back My Vacation In L.A. – Top 10 Countdown star Ash Nicole), Seal Beach in OC, Ripley’s Believe It Or Not! Hollywood museum and it’s looking like (spoiler alert!!!) the next adventure includes Universal Studios. A sort of distance began to gap between some people during that week in this season with the introduction of 2 new people that our lead girl Erin knew. The end of this episode has come as a big shock to viewers who are saying they “…Can’t believe it happened like that” and “Wow…surprised it went there” about actions taken by the Obliquity: Imagery of the Unknown star that you can experience in our latest entry.

What are your thoughts after watching? Did you expect it to turn that way? Are you looking forward to seeing Erin Wilkin in Obliquity: Imagery of the Unknown? Comment your thoughts, share #MVILA2

The Radio Broadcast is also featured in our Halloween Hell event from 2009! Watch that throwback here!

This Halloween and fall season, treat yourself to our mystery suspense with #DenizenFilm. Watch for FREE and be sure to check out our other spooky goodies.

Duality: The Battle Within – A Trippy Tran Films Original Short 2008

Be sure to like all the pages and tell us what your favorites are!

Keep it locked in for exclusive independent artists, filmmaking, talents and original content here at Trippy Tran Films and on our social media pages.

Happy first official day of summer and you best believe it just got even hotter with the new beach-themed adventure of My Vacation In LA season 2 as the fairweather friends dive into a bright new adventure that has been acclaimed by fans and viewers as “the best episode yet” from this docu mini-series by filmmaker Anthony “Rory” Tran.

Starring Erin Wilkin (Obliquity: Imagery of the Unknown) and her honey Randy Roy with San Diego friend Adrianne, the colorful adventure includes classic California drives (with a gorgeous sunset and mountain view), a windy beach adventure, dipping toes in the Pacific Ocean, chasing seagulls, quick conversations and more in OC and LA County. And then comes conflict from Erin.

At this point in the adventure, Erin has landed on the west coast, traveled downtown at The Pike, and has had some tipsy moments (and also some rather bitchy moments) while being filmed. Knowing she had the opportunity to stay at long-term friend Rory’s place for free and in return would be in season 2 and give him Cincinnati favorites like Skyline chili cans, Montgomery Inn BBQ sauce and Grippo’s BBQ chips, she sure started distancing herself from any interaction on camera and it becomes apparent midway through this episode when Rory asks for a sunset photo with her.

Is this is the beginning of the end for season 2? Either way, this episode is filled with surprise and magic. And the birds! – a stellar connection to the original short My Vacation In Cincinnati is amongst the fun.

Several viewers have even voiced their opinion upon the release of this new episode calling it “The best one yet”, “So much fun!” and “Amazing.” What are your favorite moments? #MVILA2

END_OF_DOCUMENT_TOKEN_TO_BE_REPLACED 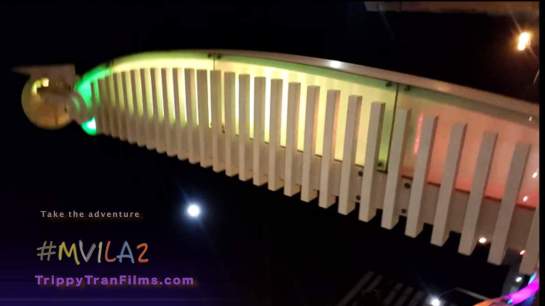 Now that the season 2 intro is out, it’s time for the tripsters to take an adventure on Ocean Blvd with a psychedelic journey taking us to colorful downtown Long Beach, California – where Tran currently lives – making episode 2 titled “DTLB” an unforgettable experience.

In season 1, our visit to Long Beach included the Aquarium of the Pacific, the Rainbow Harbor tour, and a look at the Queen Mary. This time, it’s nightlife in LB with a visit to The Federal Bar, Rock Bottom Brewery, the Grand Prix fiber optic landmark The Loop and more as Erin enjoys her 4/20 evening in LA County while having a blazin’ good time!

Viewers get to see the Obliquity actress get a little tipsy, similarly to what we saw in season 1 when Alicia, Trippy T and Legend go to Venice Beach. The “liquid courage” takes her and Randy around the beautiful rainbow city, sharing moments that remind us of the original My Vacation In Cincinnati – the short film about a couple who wins tickets to Cincinnati, Ohio – as Erin points out all the unique scenery and even asks to be put on top of The Loop. Daring!

Ashley Hernandez (AKA Ash Nicole) from the My Vacation In LA – Top 10 Countdown season 1 video makes a dashing return for season 2 in this episode and is joined by videographer Anthony “Rory” Tran (AKA Trippy T) as he hosts and records the show again.  Be sure to check out Ashley Hernandez in the web series Mæry Queens. 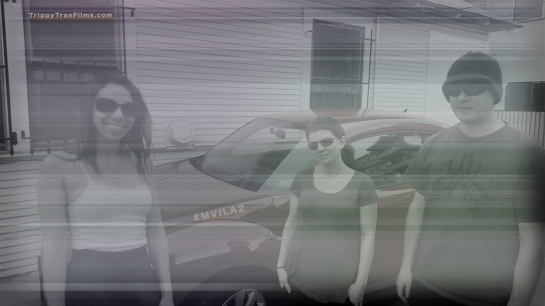 Ashley Hernandez, Erin Wilkin and Randy Roy in My Vacation In LA season 2.

Watch My Real Life In L.A. for every day amazing adventures with Anthony “Rory” Tran featuring Cat Magick, Charles Harris, exclusive behind the scenes, vLogs, commentary and more. Thanks for connecting to and supporting our projects!

Official poster for ‘My Vacation In LA’ season 2

The sequel docu miniseries spin-off to My Vacation In Cincinnati goes beyond what season 1 of last year’s My Vacation In LA had with even more drama, travels, comedy and more plus, mentions of Erin’s role in Trippy Tran Films’ debut feature film coming soon. And it premiers exactly a year after the travels took place here on April 20th.

What’s not only exciting is the adventure, but all the music that was submitted for this season. Artists like Cat Magick, The Radio Broadcast, Renegades of Bass, Amy Cooper, Tronnica, Kodak859, Dustin Britton, The Comatoads and more signed up to compliment the show’s soundtrack.

SoCal Gets Even Sunnier with My Vacation In LA. Watch episode 1 now of season 2 and be sure to watch all of season 1 as new episodes release.

See Erin Wilkin in her character promo for Obliquity: Imagery of the Unknown.

My Vacation In Cincinnati 2 is slated for a late summer release starring Anthony “Rory” Tran AKA Trippy T as he journeys back to his hometown after living in Los Angeles for 2 years. 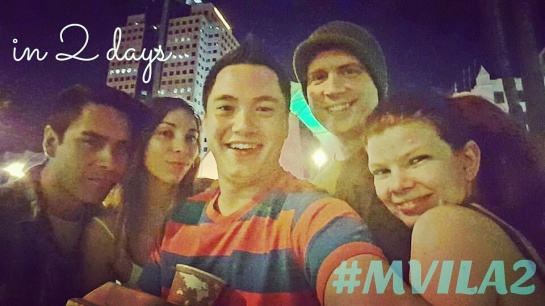 Hear the full theme song to #MVILA2 “Turn This Around” – Cat Magick.

Be sure to catch season 1 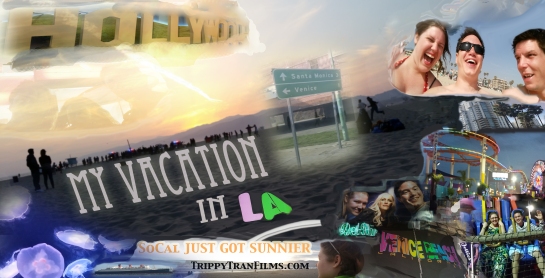 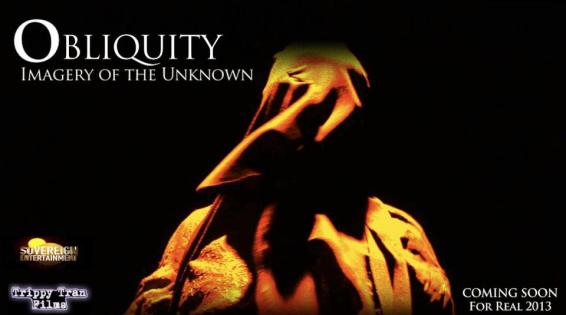