Have you ever had a friend who is with you until the end of time? PALS explores the adventure of kids learning, living and growing as they face obstacles in their life. The new tv mini-series is directed by Zachary Gordon, who, as a kid himself, was featured on Disney. The project was created by charismatic writer/producer Marci Richmond-Herrera, who is also a recording artist (listen to her on iTunes.)

Pals hat signed by the cast on the final day of production.

The exciting new kids show is sure to bring fun adventure and good moral value when it premiers in January 2016 by Benmark Productions. With an adorable cast featuring child actor Zackary Arthur (making his major-motion picture debut also this January with The 5th Wave – a film starring Liev Schreiber and Chloë Grace Moretz) plus, a handful of more rising child actor stars including Julia Butters, Anthony Lapenna, Mia Komsky and Talitha Bateman, PALS is going to be a new show kids and adults are going to love. 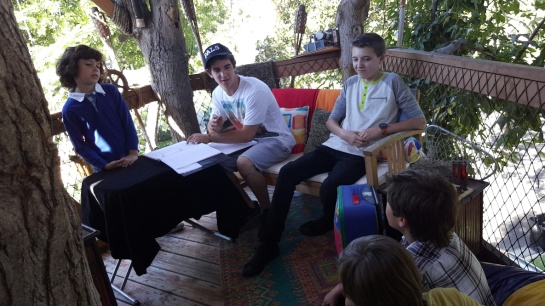 A snapchat Zachary Gordon took after a production meeting.

See PALS when it premiers this year. We’ll have more details as it comes! Be sure to connect with us for upcoming releases.