Being a fan off horror/thrillers, Trippy Tran Films writer/director Anthony Rory Tran experienced Wes Craven’s SCREAM when he was 13 years old. Movies like this have inspired him as a filmmaker (read the Inspiring Scares article by Slasher Studios) and when Scream 5 got cancelled, a spin-off stand-alone show was announced in 2013. Now 2 years later at the tail end of summer 2015, the final episode of MTV’s Scream is here. (See below for character theories!) 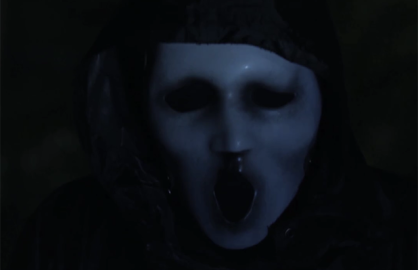 Now has the series so far lived up to the original films? It’s interpretive. For Tran, he believes that there are moments that will leave chills and horrify, but are also moments that drag with too many side stories (like most TV show spinoffs of movies) and not enough scenes with long lasting suspense, minus episode 7 “In The Trenches” and most of episode 3 “Wanna Play A Game” as those never let go of the suspense we know and love in a franchise like this. A lot of people also agree, there isn’t a lot of chase scenes. The killer seems to get his dinner and go, wanting some fast food for his murderous appetite – as Noah might say. 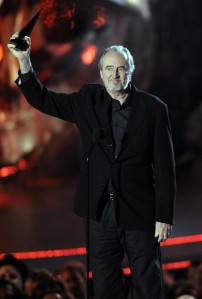 Wes Craven born Aug 2, 1939 passes this weekend on Aug 30, 2015, the weekend before the finale of MTV’s Scream. MTV said they are doing a tribute to him after the episode. Not to be a Piper, but isn’t that a little odd that the director of the beloved franchise dies before the season finale of a not-s0-lived-up TV series of the same name? R.I.P. Wes Craven. You made some of the most unique horror films to-date.

So now with the final episode, MTV is asking everyone to tell them #WHOISTHEKILLER for season 1. Could there be a new story and killer in season 2? A continuance? How long can this Brandon James story last also as it does delve into the supernatural realm a bit – which was announced when the show greenlighted in 2013.

Anthony Tran gives his two cents from watching this season breaking down the characters, theories and who he thinks is the killer below! The season finale is tonight!!!!! See it tonight and then come back tomorrow to hear our thoughts on the season. Watch it tonight on MTV 10pm/9pm central. (All photos are owned by the respective artists.) CONTAINS SPOILERS!

END_OF_DOCUMENT_TOKEN_TO_BE_REPLACED

Mary Jo Schottelkotte met the owner/operator of Trippy Tran Films, Mr. Anthony Tran, while she was eating at a LaRosa’s Pizzeria in Anderson Township back in 2011. After meeting him, she then decided to write an article about Tran also mentioning our upcoming feature film “Obliquity: Imagery of the Unknown”. You can read about her own project ‘Footprints On The Air: Television Legends of Cincinnati’ at her website www.footprintsontheair.com

An interesting film is in production, and it’s crazy the way I found out about it.  I was dining alone at a well known local pizza establishment, and my waiter was none other than the filmmaker himself!  He’s a good waiter; very upbeat, pays attention to detail and timing, checks back often.  He was being chatty – servers seem to have one of two minds when you’re dining alone; either they feel they should make conversation so you don’t feel lonely (because they’re embarrassed for you), or they leave you alone so you don’t feel uncomfortable (because they’re embarrassed for you).  He seemed to have the former mindset.  I figured he wanted a good tip, and wasn’t going to assume that I wasn’t worth the effort just because I was by myself (low bill = low tip) and a female (even lower tip).  His is, by the way, a good strategy because I am also a former waitress and I tend to over tip, especially if the service is good.  So those of you in the service industry, take note: never assume.

Through the course of my meal and the friendly chatting, he divulged that he is a filmmaker with a feature length piece currently in production.  He is Anthony Tran, and he calls his film entity Trippy Tran Films.  You can actually check his work out on YouTube, which is what I did, to view the trailers he’s created for this feature he’s working on “Obliquity: Imagery of the Unknown.”  It’s a project exploring the concept of “connection” on a number of different levels. The film itself it has to do with unseen layers of the world, encounters with dark energies as experienced by the lead character who has agreed to participate in a sleep deprivation study.  She is a college student taking part in a Psychology study who is at a crossroads with a few aspects of her life, as most college students are.  As the study advances and she dutifully remains awake for the required three days, she begins to experience a manipulation by invisible dark forces and grapples with her changing perceptions of good and evil.  The genre is psychological thriller peppered with comic relief, Anthony assures me.

The other aspect that I find interesting, and is the filmmaker’s means for exploring “connectivity” in real life, is that the cast and crew has been assembled by a call to anyone in the community who wants to experience the process of making a feature film.  While Tran’s goal is ultimately to have a film to screen locally at area theaters, and then to enter into film festivals; it’s also to create something out of nothing more than a sharing of ideas and talent by a group of creative people dedicated to the process.  There is no pay for your contribution.  But if you want a way to showcase your talent just for the exposure, or to explore your affinity to the industry, here’ your venue. What I saw on YouTube showed promise for “Obliquity” – good production quality, a compelling soundtrack (so far), with adequate acting.  I liked the song “Day Dreamer” written for the film by local musician, Matthew Wayne.  If Tran can get the participation he needs from interested cast and crew, I’m curious to see the finished piece.

You’ll see what looks like everything he’s ever shot in his life on his YouTube Channel, but forgive some of the earlier works and notice that he is evolving.  He seems to bring some of the same qualities he has as a server to his craft – a positive attitude, attention to detail and timing, and a desire to please.  He needs to post a mission statement, but his ambition with film at the moment seems to be to explore the ways we influence each other with thoughts and actions through mind-bending stories and satire.  And he wants to prove that successful, professional films can be made right here in Greater Cincinnati.  I’m game for that Trip!

You can read more from Mary Jo Schottelkotte and about her exciting project on Television Legends of Cincinnati at www.footprintsontheair.com