How many movies come in the collection?
7 original shorts of various genres all in the style of Trippy Tran Films.
See the collection features or Movies.

How long are the movies?
The shortest film is Universal Intelligence at 7 minutes (the music video afterwards brings it to 11 minutes.) The longest film is Duality at 18 minutes. The rest of the films run somewhere in between. (Wreckfest is 10 minutes.) 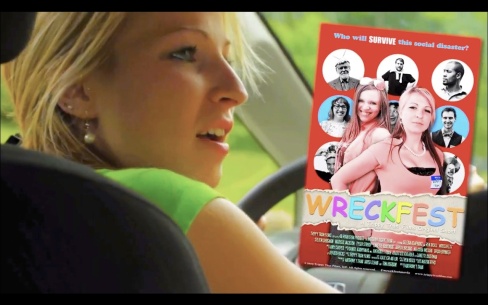 What are the bonus features?
There are several behind the scenes featurettes, outtakes, deleted/alternate scenes, live music, trailers, promos, music videos, photo slideshows and more. Each film has at least 2 of these. An exclusive new look at Obliquity: Imagery of the Unknown is also included. Performances by Lying In Ruins, Professor Willie, Trippy Tran, making of the movies AND songs, plus a trivia game is slated for the release.
Bonus Features:  For the full list of announced special features, trip here.

Which is the best film to watch?
That all depends on your own personal taste! If you want some zany comedy with surprises around every corner, WRECKFEST is sure to make you smile. If you want something scary, COEXIST and DUALITY do the job and has even been labeled as traumatizing and scary as ****. If you want a light-hearted adventure/action flick, check out My Vacation In Cincinnati or Universal Intelligence. Prefer a controversial contemporary drama, His Name Is Walter is the way to go. Each film has something unique about it which is why it is a part of The Official Trippy Tran Films Shorts Collection!